You are here: Home › Breese Stevens Field Suites Proposal Moves Forward
By Zach Spedden on March 12, 2019 in USL League One 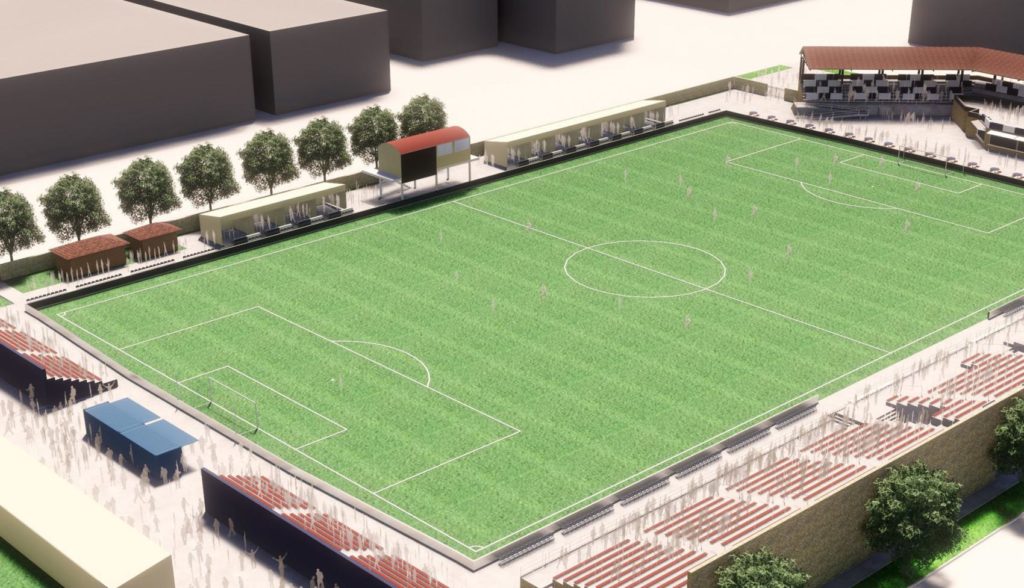 With a reworked design, a proposal to install new field-level suites at Breese Stevens Field for Forward Madison FC matches cleared a hurdle on Monday.

As proposed by Forward Madison FC owner and Breese Stevens Field operator Big Top Events, a total of 11 field-level suites would be installed at the venue. The suites, which are planned to be removable, would provide the club with the type of hospitality spaces that could attract businesses entertaining employees or clients.

Madison city staff had recommended that the Landmarks Commission–which has to sign off on the plans–reject an earlier design for the proposal, partially on the basis that it was not in keeping with the character of the historic city-owned facility. Ultimately, Big Top Events was able to rework the design ahead of Monday’s Landmarks Commission meeting and receive the board’s unanimous approval. Approval is still needed from the Urban Design Commission, but Big Top is satisfied with the revised Breese Stevens Field suites proposal. More from the Wisconsin State Journal:

The proposal still must be approved by the Urban Design Commission.

Vern Stenman, president of Big Top Events, said the changes — like switching from a vinyl roof to a metal one matching the reddish-brown roof of the press box, going from white walls to tan and painting the framing brown to match the stadium’s grandstand — will look better than the original proposal.

“We think, actually, that it’s a better plan,” Stenman said.

The maximum height of the structures could also be decreased 2 feet to 13 feet to limit how much of the roof rises above the limestone wall of the stadium running along East Washington Avenue.

Breese Stevens Field is a WPA-era facility that once hosted Madison minor-league baseball, and Big Top and the city have been working to complete upgrades to make it more conducive to professional soccer. Forward Madison FC will be one of 10 teams competing in USL League One’s inaugural season.