You are here: Home › Chattanooga Red Wolves Stadium Design, Crest Unveiled
By Zach Spedden on November 16, 2018 in USL League One Upcoming USL League One squad Chattanooga Red Wolves SC unveiled some key elements on Thursday, including its crest and the design of an upcoming soccer-specific stadium.

The Red Wolves will begin play next season as a founding member of USL League One, the circuit formerly known as USL Division III. Home matches during the club’s inaugural season will be played at Chattanooga Christian School’s David Stanton Field, but that will be a short-term arrangement. As was announced last month, the club intends to build a new soccer-specific stadium that will open in time for the 2020 season.

At event on Thursday, the Red Wolves unveiled both their crest (shown above) and the design of their upcoming stadium. Among some of the amenities that are included in the Chattanooga Red Wolves stadium design are hospitality areas, a beer garden, and more. More from the Times Free Press:

The organization revealed the new information during a fan celebration at Edley’s Bar-B-Que.

“For months, we have drawn inspiration from Chattanooga’s natural beauty, iconic landmarks and the red wolf itself to create the team’s crest,” Red Wolves owner Bob Martino said in a news release. “This crest will be worn and celebrated by fans of all ages for generations to come. We are pleased to finally share the icon of professional soccer with the people of Chattanooga and surrounding areas.”

The new soccer-specific facility will include sky suites, on-field suites, a fan zone, several dining options, a merchandise store, state-of-the-art scoreboard, a beer garden and hospitality areas. The stadium will have a U-shape configuration with seating along the sidelines to be covered to provide protection from the sun and rain. 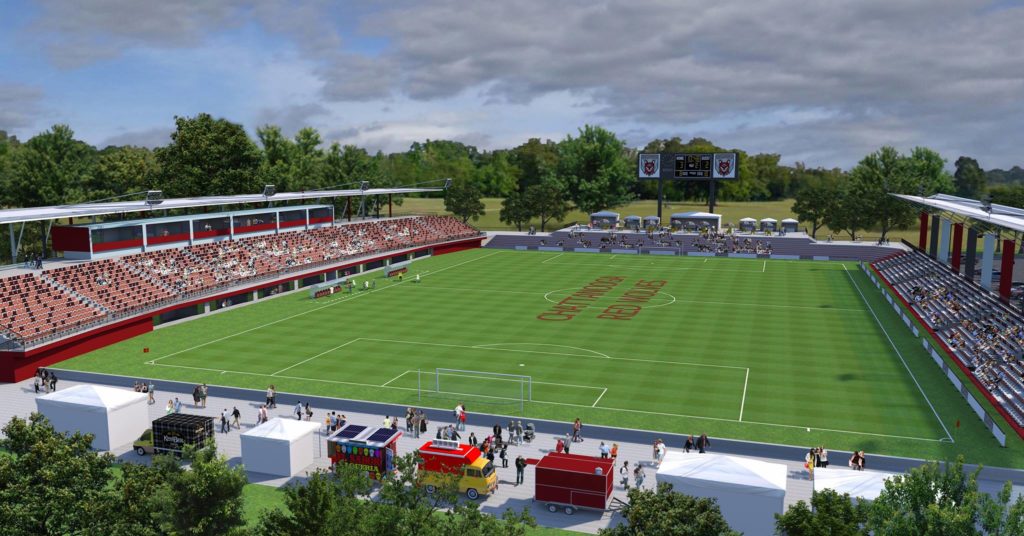 Additional information on the stadium will be announced in the coming months, as the Red Wolves are expected to reveal its site in February.