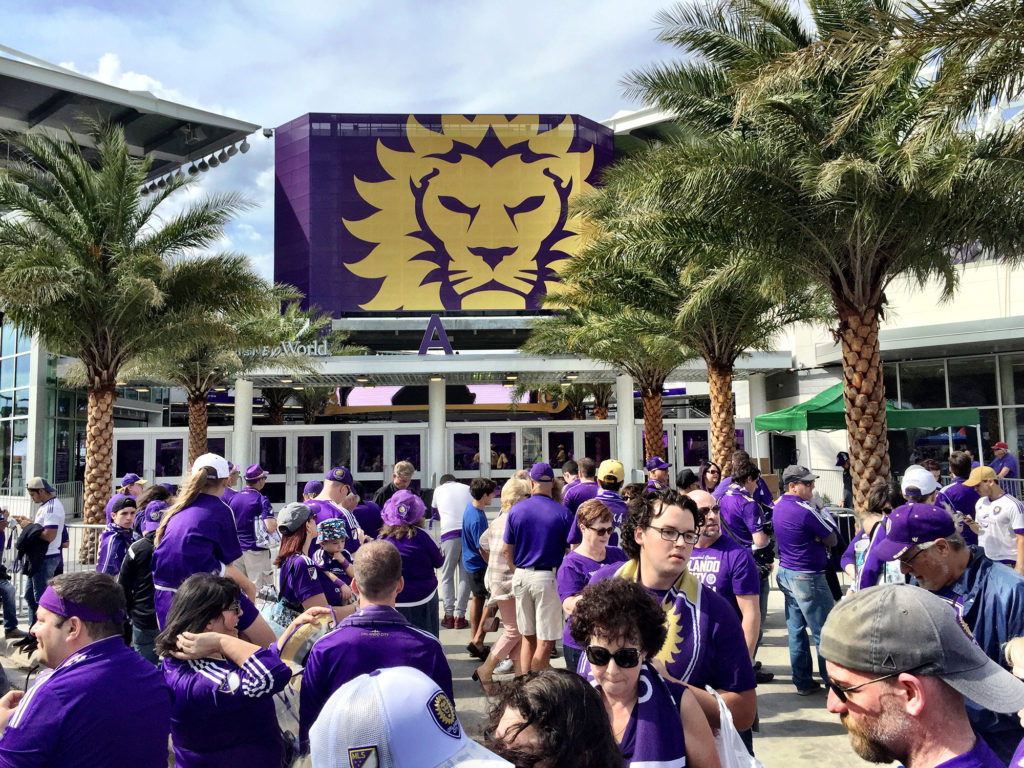 With the opening of a new MLS stadium, Orlando City SC gained a new home and the city of Orlando, along with its passionate soccer fan base, earned a new facility with a lot of heart and a design to match that passion.

To say Orlando City SC has come a long way in four years is an understatement: from playing before midsize crowds at ESPN’s Wide World of Sports complex in 2010-2014 to a move to MLS and Camping World Stadium in 2015. That MLS move was conditional: a new soccer-specific stadium needed to be in the works. And one was built over the next two years, just down the street from Camping World Stadium, in a great location in the city’s Parramore neighborhood. The location creates a nice sports corridor/budding entertainment district, as South Street runs from Camping World Stadium to the new stadium to Amway Center and farther down to Dr. Phillips Center for the Performing Arts. The layout is the standard one you’ll see at most MLS stadiums: four sections of grandstands, with angled seating in the corners, seating 25,500 (which is a little larger than most new MLS stadia). The little touches are what make this stadium unique, however, and make it an inviting space for anyone, ranging from the hardcore supporter to the casual fan taking the family to a game.

For instance: the side grandstands feature canopies with lighting, providing not only shade to fans but keeping noise and light inside the stadium, as opposed to spilled into the Parramore neighborhood.

“The canopies are larger than usual, and they will keep a lot of noise in the stadium,” says Bruce Miller of Populous, lead of the stadium design team. Another bonus: they’ll provide some shelter from the inevitable Florida summer rain. Second: the standing section for 3,811 supporters at one end is the first of its kind in MLS, with fans assigned a specific spot, complete with front rail and drink holder. MLS has done a great job of fostering supporter clubs, and these fans certainly showed their passion on Opening Day, singing their way through the game and displaying a large tifo right before the start of the game. (The supporters have their own gate as well as their own concessions and bars.) That special attention fits in well with the stadium’s theme: There’s a spot for everyone, whether you want to be close to the action, chanting along with your tribe or entertaining clients in a quieter space. 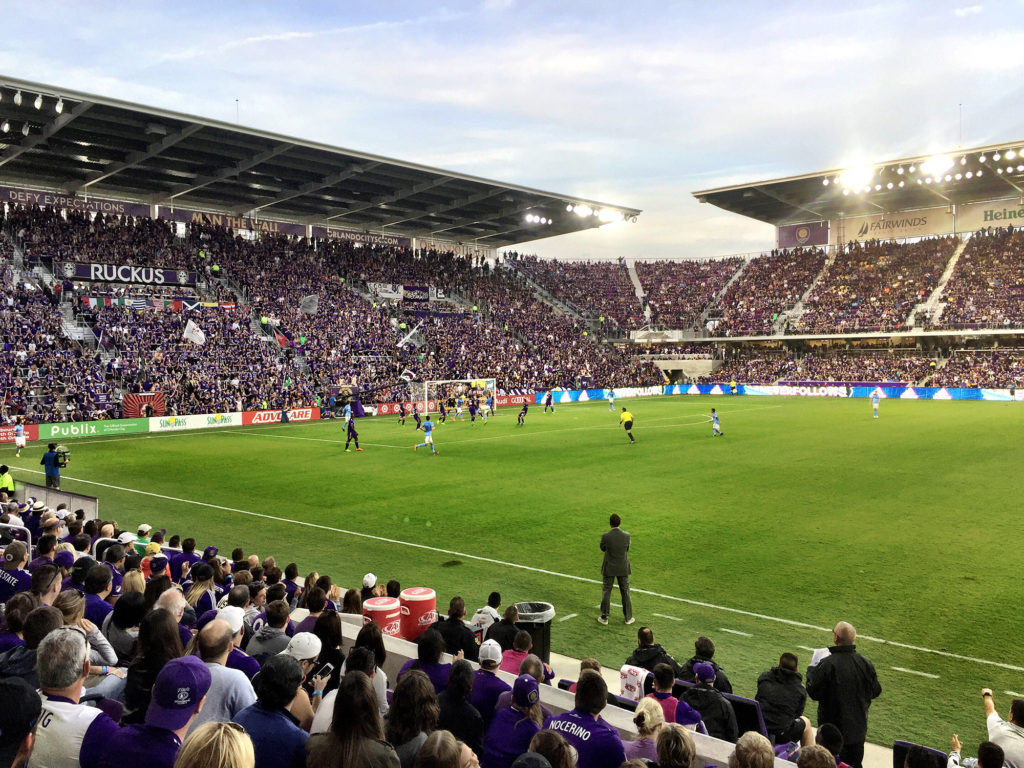 Making this task easier: the stadium is designed to bring fans as close to the action as well. At 33 degrees, the stadium has one of the steepest seating rake in MLS, and the closest seats are just 15 feet from the pitch, potentially creating one of the most intimidating atmospheres in sports. That was certainly true on Opening Day, where the chants and songs beginning in the supporters section were echoed by fans throughout the stadium bowl.

But the supporters are not the only ones with specialized seating: It would not be a modern MLS stadium if there were not specialized seating areas. There two levels of suites, totaling 31 in all, as well as a club level seating 2,475 in the lower and upper bowls. The club-level seats feature access to a spiffy club sponsored by Audi. The club is an indoor-outdoor space, with a huge bar and windows opening to the field. The corner spaces are sponsored group areas, complete with their own concessions, that can opened to the public as well. And there’s also one specialized seating area that may have the most meaning for Orlando residents: 49 rainbow-colored seats in Section 12, to honor the 49 victims in the Pulse Nightclub killing on June 12, 2016. That tragedy was the largest mass shooting in modern U.S. history and its effects were felt across every corner of the Orlando community.

All in all, the new Orlando City SC stadium excels because of the small touches and the segmented seating areas. It feels a lot more intimate than you’d expect from a 25,500 capacity facility — and in the end, you’ll feel close to the action no matter where you sit.