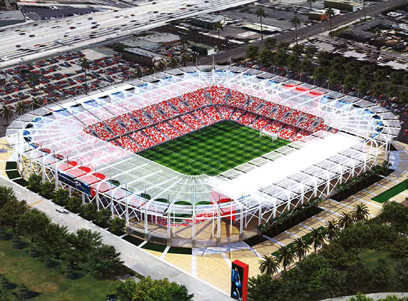 Chivas USA‘s run in Major League Soccer is officially over, as the team will go dark and be replaced in 2017 by Los Angeles FC, playing out of a new stadium under new ownership.

The announcement was made last Thursday. A new ownership group led by entrepreneur Henry Nguyen and sports and entertainment mogul Peter Guber will basically have an expansion team, complete with problems with player acquisition and stadium construction.

“We are thrilled to welcome Henry Nguyen, Peter Guber, Tom Penn and their owner partners to Major League Soccer,” said MLS Commissioner Don Garber in announcing the new team.  “This visionary ownership group will chart a course that will further elevate the sport in this great city and, combined with a new state-of-the-art stadium, accelerate us down the path toward becoming one of the top soccer leagues in the world.”

The new team is expected to take the field for the 2017 season. As a plus, it will have a natural rival in LA Galaxy.

Nguyen is Managing General Partner of IDG Ventures Vietnam and will serve as the managing partner of Los Angeles FC. Guber is chairman and CEO of Mandalay Entertainment Group, the owner and co-executive chairman of the NBA’s Golden State Warriors and a co-owner of Major League Baseball’s Los Angeles Dodgers. They’ll spearhead a diverse ownership group that includes Vincent Tan, baseball legend Earvin “Magic” Johnson (who has joined Guber on other sports investments, including a Minor League Baseball team and the Dodgers), soccer great Mia Hamm Garciaparra and her husband, former major leaguer Nomar Garciaparra, and many others.

They will face the hard work and fun of building a team from scratch. Though we have a team name, we don’t have a logo or colors; those will come down the road, presumably with some fan input. And the owners will face a huge issue in building a new stadium for the franchise. Given that we’re nearing the end of 2014, opening a new stadium for the 2017 season may not seem to be a tall order, but it’s actually a tight schedule. It will take a year or so to find a suitable building site (which, the owners say, will be in Los Angeles proper and not the suburbs), followed by a finalized design (it’s just a concept at the top of this story) and the actual construction. The team does have some specifics: a budget of $150 million for a 25,000-capacity stadium on a site that could be as large as 100 acres. Being LA and being that entertainment folks are part of the ownership mix, you can expect a little glitz along the way, more along the lines of the new Orlando stadium. (We could see a stadium boom in Los Angeles in coming years: the NFL will likely be part of another stadium effort, and it looks like the Los Angeles Angels will be building a new home as well.) Club president Tom Penn will be in charge of the stadium development.